My name is Ton van Dalfsen born in 1957 and am from the taxi family of my father Henk van Dalfsen who in 1950 bought the garage/taxi company from the Eikelenboom family. My dad has the Taxi Company untill his death in 1983 and developed it to a medium-sized taxi company in Uithoorn nearby Amsterdam Schiphol airport. We as family continued the taxi company untill 1st October 1985 and sold it then because of market conditions to Taxi Verhoef in Amstelveen. I went together with the company to the new Taxi company untill September 2012 and worked there for 27 years. It's Always stay with me itch to get back to start for myself again and started in September 2012 again with the old name TAXI VAN DALFSEN.

My wife Lizzy also helped me with building up the company again while she worked in another job and drove for me at night time. But that was very hard for her and gave up her job and came in September 2013 full-time to help me.

Since June 2014 also our son Michael joined us and we are running the family company with the three of us.

We give every costumer the quality what they expect because of my experience and also learned. 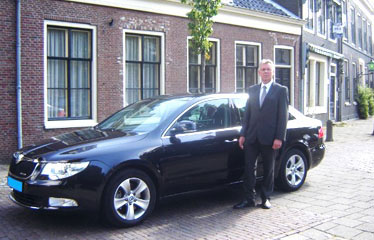 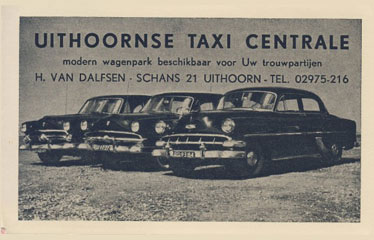 Figure below shows how my father started in 1950